The Bay's got a little more to offer than what you've seen from the "Hyphy" movement.
Re-introducing Chop Black; one half of the almost mythical group, The WhoRidas, intended to be legendary bay area hip hop squad Hobo Junction's mainstream dream team. After two regional hit singles and three quietly-received albums, The WhoRidas virtually disappeared, leaving an empty void on the thin line between underground and commercial appeal to be later filled by groups like The Clipse, Droop-E and B-Slimm, and several others.
Chop Black returns as part of the same original family, but sporting new allies, a new demeanor, and an awesomely upgraded rhyme style to prove that he has spent the past decade wisely. Although he may still be "Talkin 'Bout Bank", this shot caller has a lot more to share about life and his experience beyond big ballin'. Take a look at, and listen to his crisp new release, "Money To Earn" featuring Yukmouth of The Luniz. This is that "Townsh!t"...
Follow Chop Black on Twitter HERE, and be sure to heck out Chop Black flexing more heat on a collaboration with The Gallery Network artist BLvME (of High Risk / Law Dogs) HERE. 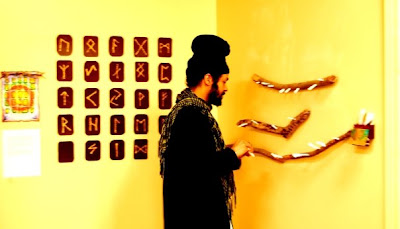 Jahn The Baptist, an original member of the Peanut Gallery's midwestern chapter and the crew's resident "natural nigga", has served as a powerful voice in underground music since the late 1990's. As the frontman of Chicago-based IllumiNatiCongo group and general of the Nyabanga Records imprint, Jahn has taken the amalgamation of Hip Hop and Reggae styles to new and unforeseen levels.
With a definitively unique flow that toggles between an earthy Jamaican accent and a southside Chicago drawl, Jahn dispenses of the hate in Hip Hop today to spit a few bars about love over a Nic The Graduate produced track. Take a listen and WAKE UP.
Hear and learn more from and about Jahn The Baptist and IllumiNatiCongo HERE. 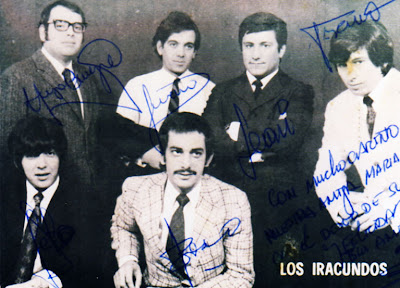 Their music is from the mid-60s and gained a lot of mainstream music as well as a couple rare 45s that I’ve discovered during my visits with friends and solitaire travels down in South America. I do enjoy these tunes despite my lack of understanding in the Portuguese language. They achieved international fame with these youthful romantic songs, "Calla (Hush)", "Todo terminó (All finished)", "El desengaño (The disappointment)", "La lluvia terminó (The rain ended)" "Felicidad, felicidad (Happiness, happiness)", "El triunfador (The winner)" and "Es la lluvia que cae (It’s the rain that falls)". The LP: Iracundos en Roma (Angry In Rome) was the most successful of the decade leading to successes that broke through the popular cinema industry.

They had their first debut appearance in October 10, 1961, at the historic Teatro Florencio Sánchez in the city of Paysandú. Less than 2 years after that, they recorded their first single in the current capital of Montevideo. Their recordings were pressed under the RCA-Argentina for more than 20 years as well as a few under the label Microphone Argentina (MICS). Around the 80’s till the mid-80’s , The Iracundos were in numerous music festivals in Buenos Aires, as well as in several cities in Italy including Rome. In November 11, 1968, they came in second place at the Buenos Aires II Festival of Song. Sixteen years later, around 1984, they had a hit single in The United States called “The Gates of Oblivion”. They owned several gold albums for topics translated by myself such as “What you ask on his knees”, “You've been alone Chiquilín”, “I'ma mamarracho”, “Green River”, “Infidelity is your betrayal, puppets”, “Cardboard every night mia”, “you're killing me”, “I stayed in the bar”, or “You gave me love, passion and life”. These are some of the many tunes I highly recommend, too.

On February 1, 1989, Eduardo Franco dies of cancer at terminal nodes, in Paysandú leaving the successor to Jorge Gatto. In 1992 Jesus María Febrero leaves the group and in November 1, 1992, Juan “Bosco” Zabalo, dies of heart problems. By 1994 the group, which consisted with Leonardo Franco and Juan Carlos Velásquez, as founding members and as vocalist Jorge Gatto successor, decided to launch a new album, too, with unreleased tracks from the author Eduardo Franco, having as main theme "With the same coin", which became a gold record, renewing the popularity of the group, and leads him to compete in the OTI, in 96, with another new item of Franco, "I love you build." The OTI Festival or the Festival de la Canción OTI, Grand Prix de la Canción Iberoamericana (Original Name) was an international song contest, in which both members of the Iberoamerican Television Organization (OTI) with each participating a song (mechanically similar to the Song Festival Eurovision).

In 1997 the BMG label, Argentina, decided to reissue all productions of the musical group in digital publishing, with the draft of the complete discography, including albums from 1964 to 1987 and the voice of its natural leader Eduardo Franco, which is on the volume 16. There were other compositions that Eduardo Franco created without the group but later popularized famous songs such as "Puerto Montt". Even before any of its members had previously visited the city of Chile, it was produced but not yet recorded.

Today, Los Iracundos is an icon of the nation’s proud music history. There is even a song that was very popular for the little children to sing along called La Lluvia Caera. (Rain Fall) or originally titled, “Es La Lluvia Que Cae” (It’s the Rain that Falls). You can streamline it on youtube here:

To conclude, I’d like to share with you a recording of a 45 by Los Iracundos on the RCA-Argentina label (originally on the Microphone Argentina label) called “El Viento Del Silencio” (The Wind of Silence):

Check out Dan Lacey, the artist of these interesting tribute paintings to Obama, HERE. 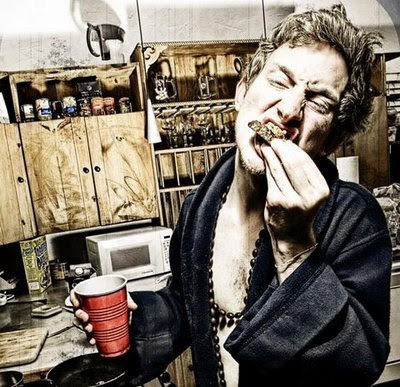 Download two Manoemusicc remixes of Asher Roth's "The Reading", produced by Anacron:
"The Reading (Manoemusicc Hard RMX)"
Anacron hits the synths heavy on this track, giving it a loosely West Coast summertime vibe. Asher's contrasting flow and voice meshes with this track like gravel and glass, to create the most rugged version of Roth ever presented.
"The Reading (Manoemusicc Soft RMX)"
Anacron presents an audible massage of sorts in this smooth and laid back interpretation of Asher's introspective lyrics. As gentle as a sunset falling slowly into the horizon, Anacron's live instrumentation expertly blended with keyboards and minimal sampling takes Asher's reading a step further.
Download both tracks totally free at the corresponding links, enjoy!