This is our centennial post.
From the original members to the newest affiliates, the Peanut Gallery Network says thank you for reading! Stay tuned for more...

REAL HIP HOP from the WEST COAST.
Some of you may not know that it even exists, but the West has been dropping raps, beats, and scratches since hip hop's inception. The realness continues to thrive in the Pacific sector of the United States, and here's a couple of artists you've probably never heard of that continue to keep the West's real hip hop scene alive.
D.I.S. - MOONWALK MY ADIDAS
YOUNG MAYLAY - MIC IT 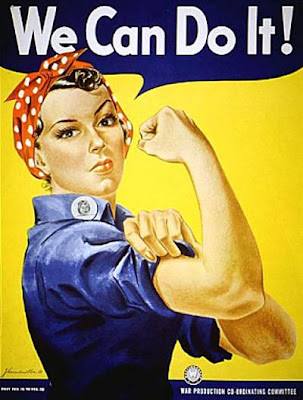 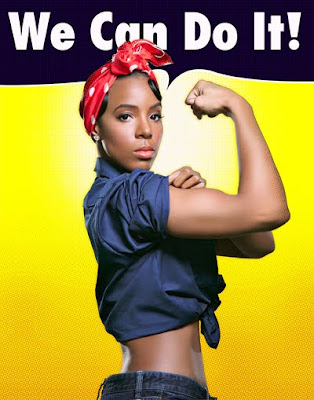 This is a little old at this point, being that this song was released like 9 months ago. Who would oppose the pleasure of viewing this crazy, wild, and sexy music video though?
Basment Jaxx have been making some of the freshest club music for over a decade; pay respects!


Now, this is an epic music video, and the track is something like the soundtrack to a B-Boy's battle nightmare. Pure genius, as far as this site is concerned!
Malakai is a band that's been knocking in the UK for a while, but just recently made the leap to US soil. If you haven't already heard of Malakai, get familiar with their angrily awesome audio samples HERE. 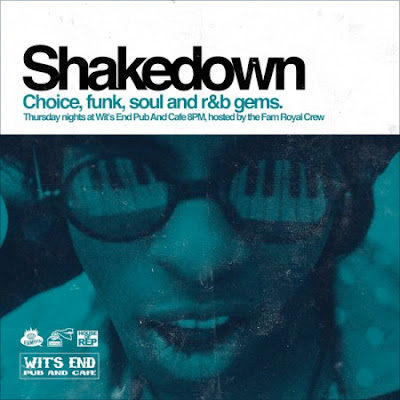 In the spirit of San Diego's funky-fusion-fest DJ night at Wit's End, J. Blow of Fam Royal crew delivers some of the funkiest tunes this side of the 70's. This one is sure to make you boogie, so get down!
FREE DOWNLOAD HERE
Tracklist:

You may have already fainted over Tom Caruana's masterpiece by now, being that it has taken two of the most popular musical groups of all time and meshed them together into one crazy mixture of heatness and is currently sweeping the web like wildfire. 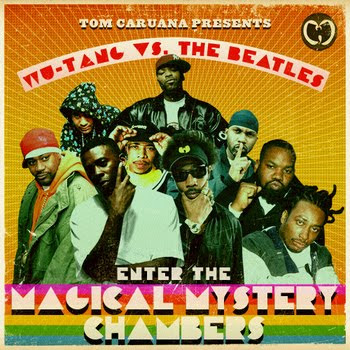 If not, stop waiting for the vernal equinox and download this piece of mash up mastery immediately. Even if you don't like Wu or the Beats, you will appreciate the level of sheer innovative amalgamation that the project represents...
Download free HERE.
Discover more from Tom Carunana HERE.

'Twould appear that 40 and Rick are back at it.
Stunning visual for a powerful union!

Parkour is hard.
Proceed with caution... Happy Monday, everybody! 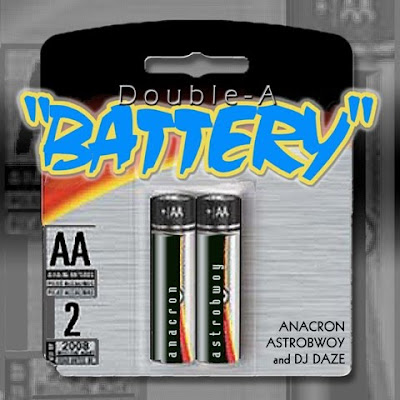 A classic Peanut Gallery collaboration to get you through the weekend.
With beats and rhymes by OG PG LA members Anacron and Astrobwoy, This record knocks with that bump originated in the west coast's early 90's underground. With vocal tracks for the listeners, instrumental tracks for the freestylers, and cuts by OG DJ Daze, this limited-run CD is (only 2500 physical copies pressed in 2001) a rare and tough find that's finally available for download on the web... totally FREE. You're welcome!
Download Anacron and Astrobwoy "Double A Battery" HERE.

This is the product of lots of practice with Photoshop:
Or, maybe you're just always in the right place, at the right time, with your camera coincidentally on hand and ready to shoot.

An amazing bout between Waka (Brickheadz) and Joe Lee (Outlawz).
This exhibition battle took place at Angel Brick and Brickheadz Crew's event, 4 The Love 2, in Chicago. No prizes or performances for either dancer, just PROPS... And that's what's most important! 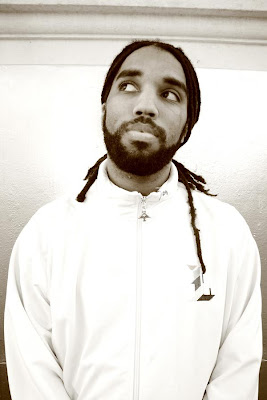 World-class club DJ and turntablist, classic hip-hop team Digable Planets official soundtrack back-up, a piece of L.A.'s internationally known Root Down Sound System, and one of the original members of the Peanut Gallery Network.
Happy birthday to the one and only DJ JEDI! 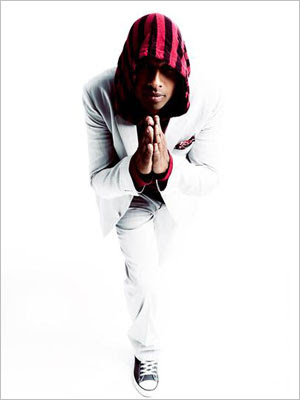 If you're over the age of 17, your Myspace account is collecting cobwebs while you surf Facebook and Twitter. Myspace has definitely become a social networking wasteland, but one good thing has come out of that Internet Graveyard for Soulja-Boy-Soundalikes this past week: A brand new promotional single from Star Trak's forgotten brainiac, KENNA.
Check out Kenna's newest release, "Turn" right here:
You may recognize the name, but can't place it; mayhaps the video below will help.
>
Kenna has an immense and impressive catalogue of musically experimental songs and albums. Get to know more from this creative genius HERE.

Jay-Z has been called out by a Christian rapper for his constant blasphemous usage of the term "Hova" in conjunction with his dirty, sinful ways...
...and in all honesty, this is a Christian rapper that would smash Jay-Z in a battle, if this song is any indication of what this unknown MC's skills are like. Seriously though, this guy is an amazing rapper, and he makes deeper conspiratorial connections than Dead Prez off a 10-foot bong hit!

Sure to make every geeky DJ and producer cream in their jeans.

Here's a little something to download and bump over the weekend: 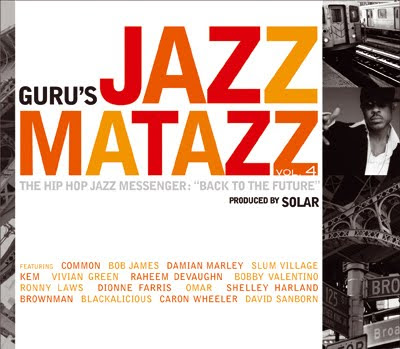 FREE DOWNLOAD HERE
This is the fourth installment in Guru's nominally popular but repeatedly ground-breaking collaborative compilation series, produced entirely by Solar and featuring a whole mess of MC's, singers, and notable jazz musicians. Check back on Monday and let us know if you're feeling the new volume!

Camp Lo's official video for "Double Doors", directed by Court Dunn.
Not the tightest collection of uprock, downrock, tricks, and styles from Bboy Merlin; however, it's beautiful to see that rap music is still showing love to this lesser recognized and sometimes forgotten element of hip hop CULTURE.

Anacron "2010 (Grow)"
Anacron's musical message, specifically addressed to all of the creative artists that can -- and WILL come up this year.

If you haven't witnessed the chronicle documentary of the place that became the center of Los Angeles' hip hop underground in the early 1990's, then you're asleep. This was the root of West Coast pride, West Coast hip hop, and a true West Coast movement long before the current groups and websites started claiming it.
Get the DvD HERE. 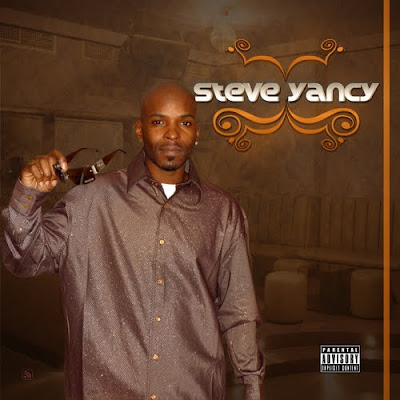 Fresh from the mid-western ILIMAF imprint, Steve Yancy's new single "Bring Love 2 U" merges lush vocals and a classic soul sample with rumbling bass and matter-of-fact delivery. Featuring ILIMAF torch-bearer Black Walt, this track is sure to soothe your girlfriend's demeanor like a Ricola to a scratchy throat.
Listen/preview below; click song title for free download.
STEVE YANCY - BRING LUV 2 U

Endless internet opportunity, or barren scam wasteland?
We know what this guy thinks: 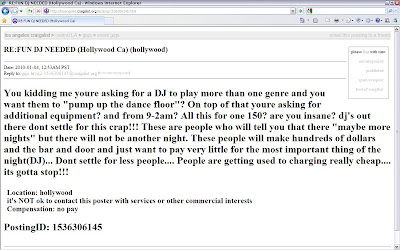 Although humorous, this rant brings to light a very serious concern in the DJ world: Are the cheaper but less-talented DJ's ruining the pay curve for those that have actually honed their crafted skill to near perfection? In the age of the hipster, every club-goer wants a way to get in the club admission and drinks free, and as a result, there's been a serious insurgence of "Club Promoters", "Event Photographers", and "DJ's". They may wear the titles well, but the their level of dedication and skill within the designated branding remains spotty at best.
Who's to say that this one frustrated DJ is wrong for calling out those that encourage the perpetration of this bastardization of an art form that is regarded not only as a hobby, but also as a source of income for many?
Bless you, Righteous Interweb DJ Superhero... ride on.

Tonight at 9PM EST, on your local PBS station, (Chicago and Mountain time folks check your local listings) you can see the newest in the "American Masters" series, a documentary on Sam Cooke, produced by Chann Berry and directed by John Antonelli. 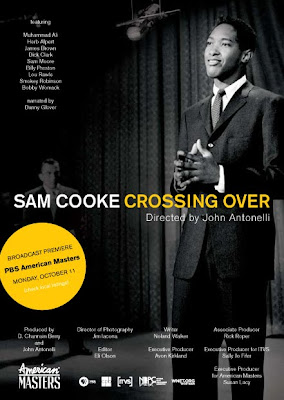 Guess who's back?
The faux-southern beat is horrendously dated and intensely forced. His stylist is obviously retarded, because that outfit is utterly ridiculous. The camcorder-quality video and elementary editing style is somewhat shameful.
All that aside, G-Dep still remains one of the BEST rappers to ever emerge from the Bad Boy camp, and one of the most overlooked lyricists in East Coast hip hop... Despite the almost campy quality of this music video, G-Dep will definitely bring some much needed verbal heat and lyrical innovation to hip hop's independent scene in 2010.

Chicago's not-so-hip yet dashingly fashionable clothing line, Novem will close their flagship store in the Windy City this weekend. There is no one to blame but yourself. The lack of support from the most spineless jellyfish in this thing known as urban culture has claimed yet another victim, and it's a huge loss for a city that seems to be sinking further and further into the murky abyss of a trend-driven style gentrification. 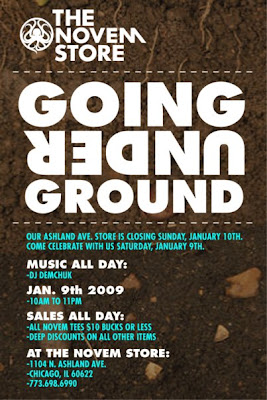 Although the store is on it's way out, Novem will continue to design and manufacture futuristic-graffiti-inspired fine wears for the open-minded and independently thinking consumer. Perhaps the brand will make it's mark on one of the coasts, and when it blows up there, Chi-Town will recognize and appreciate the local genius that's rested at the crest of Lake Michigan for years.
Stop by the store over the next few days to absorb some good music and clearance deals.
After the weekend, catch up with the Novem fam HERE. 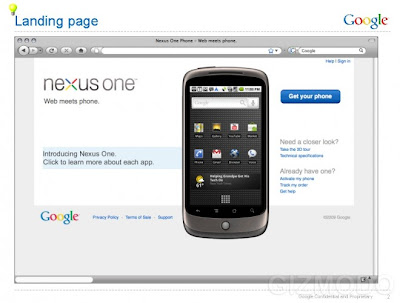 As if the DROID platform and Google Voice web service aren't smashing enough, Google will soon step even further into the world of telephone and mobile communication with the Nexus One.
Bye-bye iPhone! 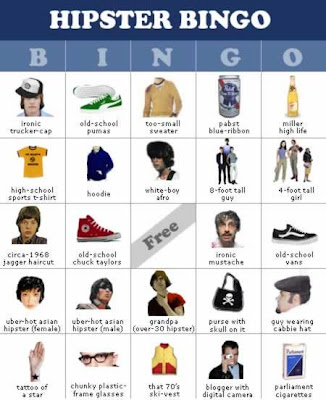 Here's a brand new game for you to play when you go out. Five in a row means you won! SUPER EASY WIN TIP: Hit most to any venue in Hollywood, Wicker Park, or Brooklyn for a swift win! 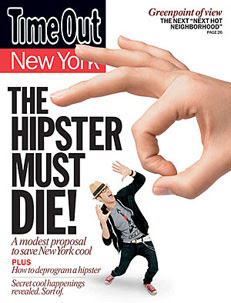 The king of hip-pop-to-jazz cover transposition does it once again!
MORE.